In this edition of “How NOT to Release a Tune,” we bring you “Pee Be Argh”, one that was kinda released back in 2019.  We made a video for it, and in my (overzealous) excitement I uploaded the video to YouTube before receiving the mastered version of the song, which in turn never got sent off for digital distribution.

Well, we’ve fixed that, and now you will find “Pee Be Argh” on your digital music platform of choice, including Spotify, Apple, Amazon, etc.  AND it’s the mastered version, so it’s a bit more ‘punchy’ than the video.  Hear it again for the first time… 😉 Pictures sure do have a way of coming back around, for better and for worse. Sometimes they flaunt you, and sometimes they come back to HAUNT you.

Alice Wheeler, a renown photographer responsible for MANY of the pictures you’ve seen of the Pacific Northwest music scene over the years, especially late 80’s/early 90’s, happened upon us while doing a story on Tent City. Admittedly, I was a walking Kurt Cobain emulation at the time, which caught her eye, and we ended up striking up a conversation. We talked about music, her works, which I had seen all over the place, we talked about my music, why we traveled so far from home, what our plans were, etc. During the conversation she snapped up a couple shots of me amongst the tents, with glorious downtown Seattle in the background (is that the King Dome back there!?). According to us, we had reached the Promised Land and we were gearing up to hit the Stratosphere. I’ve been doing this Marytree thing a long time, and yes, my delusions of grandeur are still quite intact… 😉 I digress…

I did not realize at the time how many times this picture would come back around in one form or another, immortalizing such an pivotal time in our lives. Since then, this photo has been in the Seattle Art Museum, the Seattle Museum of Pop Culture (formerly known as the Experience Music Project, aka the Jimi Hendrix Memorial Museum), a book called Outcasts and Innocents and various articles and publications over the years. Every time I see it, every time it comes back around, I’m reminded of that moment in time, and I am reminded of just how powerful determination and drive can be, no matter your age or situation.

A couple weeks ago the Seattle Times reached out to follow up, recap the story and find out what I’ve been up to lately. In short, as the line in Shun says, “The fire is burning white like never before…” Marytree lives and breathes still, out of drive and determination, yes, but also out of stubbornness, and lots of piss and vinegar. 😉

My undying thanks to Alice for capturing this moment in time, a picture that evokes the flashing of our lives before my eyes (in a good way!), one that reminds me where we’ve been, what we’ve done, the experiences we’ve had,.  Also, my thanks to Erik Lacitis for reaching out to me, being interested in the story and taking a walk down Memory Lane with me.

Here’s the link to the Seattle Times article; be sure to read through the whole thing, I am but a brick in the wall on this one, there’s LOTS of great works with their backstories.  I am amongst good company, indeed…

A bit of Nirvana for ya, with a little Alice in Chains sprinkled in…

Pretty sure you’ve not heard “Mother” done quite like this…whether or not that’s a good thing, we’ll let you decide…  😉

Everybody loves a good origin story, That Much is Certain…

The song itself has absolutely nothing to do with it, but in case you ever wondered where the name came from, here ya go.

And in that vein, live long and prosper. 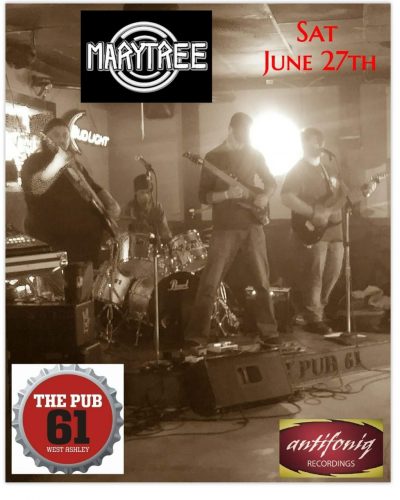